American folk duo Watchhouse comes to Ryman Auditorium on Friday 2nd September 2022. The performance is part of their North American 2022 tour, and fans are quite excited. The duo has not performed for a while, and their fans are hugely anticipating the upcoming performances. They are also playing at notable festivals this year, as well as lending support to Punch Brothers on their 2022 tour. Their performances got rescheduled from April earlier this year, but with their headlining tour lined up, the band will have a pretty busy year. Catch them live as they perform at the famous Ryman Auditorium on 2nd September 2022. Make sure you get your tickets ASAP before they are sold out! 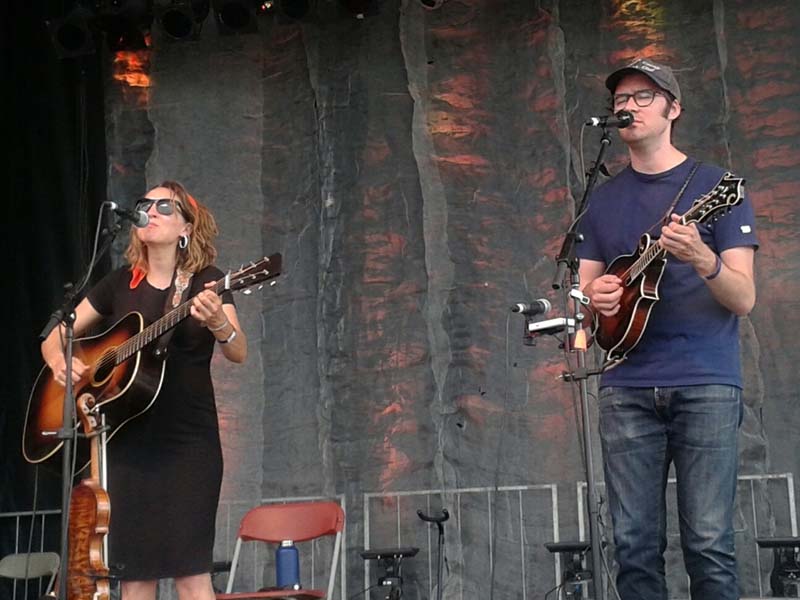 The band was originally named Mandolin Orange but changed to Watchhouse in 2021. Andrew Marlin and Emily Franz found the band in 2009, but Marlin stated that Watchhouse is a name that reflects what the band stands for today. Watchhouse is a unique combo of a married couple that displays great on-stage chemistry when they perform and are absolutely adored by the crowds. The band was started by Marlin, who has previously been a big part of the music industry. Marlin plays the Banjo, guitar and the Mandolin, while Emily is a vocalist, guitarist and violinist. Together, they combine to produce beautiful compositions that leave the audience in awe. There aren’t many in the folk, Americana genre that are better than Watchhouse, and their live performances are an absolute treat. Over the years, they have garnered a massive fan following who is eagerly waiting for their upcoming performances.
The band has gone global and has performed at some of the biggest stages in the U.S, U.K & Europe. They have produced six albums together and have recently been one of the most successful touring duos. Their performances include Austin City Limits, Hardly Strictly Bluegrass, Folk Music Festival and many others.